What Is a 'Wife Carrying' Contest?

What Is a 'Wife Carrying' Contest? 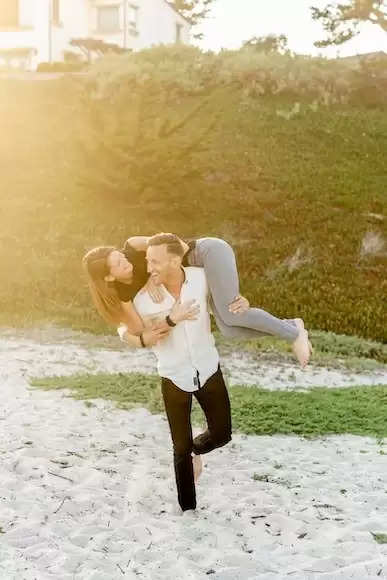 The wife carrying contest (Finnish: eukonkanto or akankanto) involves male competitors carrying female teammates. Males must carry females through an obstacle track in the quickest time possible. Originally, the sport was introduced in Finland at Sonkajärvi.

There are several types of carrying used: piggyback, fireman's carry (over the shoulder), or Estonian-style (wife upside-down on husband's back with legs over his neck and shoulders).

Wife Carrying originated in Finland from the legend of "Ronkainen the Robber", a 19th century robber. There are three stories about how the sport came to be.

First, Ronkainen and his friends were accused of stealing food and women from local villages, then carrying them away. Second, the men would sneak into neighbouring villages and steal the wives of other men. Third was that in order to train his thieves for their missions, Ronkainen required them to carry heavy sacks on their backs to become successful and skilled.

Modern wife carrying was introduced in 1992 with foreign contestants participating in 1995.

Rules of the contest

As the original course was rough, rocky with fences and brooks, it has been modified to suit modern conditions. There is now sand instead of rocks, fences, and a pool (or some kind of water area). The International Wife Carrying Competition Rules Committee has set the following rules:

Each competition has its own rules and prizes, although the international rules are the basis for all.

Wife Carrying World Championships have been held in Sonkajärvi, Finland, since 1992 (where the prize is the wife's weight in beer).