Top 10 Most Popular Sports Leagues From Around The World

Top 10 Most Popular Sports Leagues From Around The World 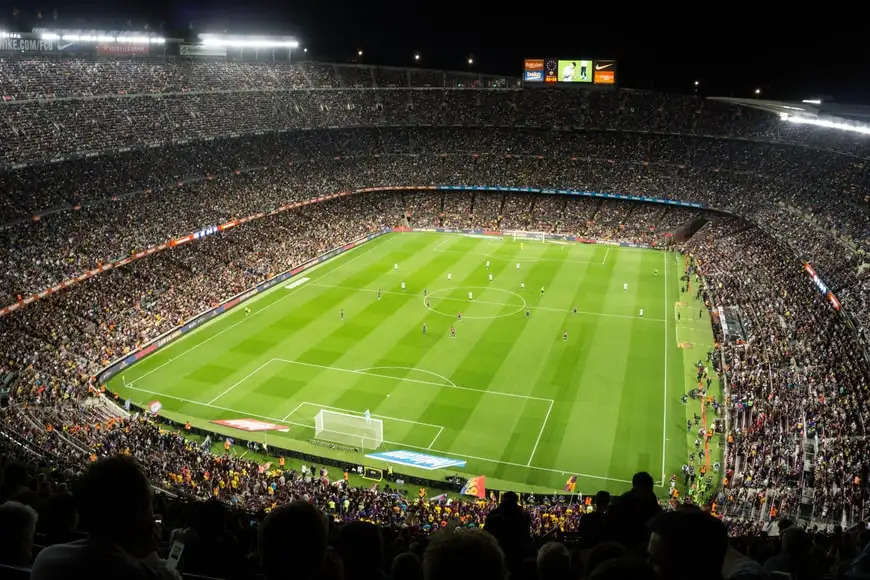 In each and every sports event, the athletes give their best performance. A lot of moments in different leagues around the world become part of history. Still, it is the presence of fans that make the event a true success.

The number of people watching the sports league in the stadium and at home defines the popularity. The fans are the reason behind the success of any league. There are a lot of different leagues around the world that fight for the viewership.

However, only a few of them manage to gain the level of popularity where it becomes almost impossible to beat them.

The following list of top 10 sports leagues should be a part of your TV viewing schedule.

It is an American football league that has been dominating the list of top 10 sports leagues for a long period of time. The average attendance in the stadium during any match goes above 68000. It was founded in 1920 with teams from three different leagues. As the time passed by, it absorbed all the leagues and merged with American Football League in 1970. Super Bowl is the most viewed television event that is a part of NFL.

It is German professional football league that is attended by more than 43331 sports fans. 18 football clubs participate in the sports event. The season starts from August to May. It was established back in 1962 and premiered its first season in 1963. Since then 53 different clubs have participated in the event.

3. US College Football Division I FBS

College sports are a part of American culture and almost every citizen has his or her favorite college team. Generally, in professional leagues, the players have the edge when it comes to power but in a college league, the coach retains the power. A total of 125 teams is active in the Division I Football Bowl Subdivision. The event has an average attendance of 43228.

With an average attendance of 36464 fans, it stands tall at the fourth position in our list. It was formed in 1992 and in a short span of time EPL has gained a lot of popularity across the world. EPL is broadcasted in 212 territories across the globe and has recently been promoted by organizers as ‘the greatest show on earth’. Given its popularity it is definitely amongst the greatest.

When it was formed in 1897, it was called Victorian Football League. With time, the name was changed but the fan following never declined. The teams from five of the six states of Australia participate in the event and it is popular by the moniker of Australian football or footy. It has an average attendance of 33428 in every match.

IPL is one of the most watched cricket leagues anywhere in the world. It was formed back in 2008 and has 8 franchises at present. The Big Bash League of Australia was inspired by IPL. In every match, an average attendance of 31750 has been noticed.

There is no match to Baseball when it comes to fan following in America. With an average attendance of 30517, MLB is one of the highest viewed sporting events in America. It was formed in 1903 and at present, it has 30 teams. Out of these 30 teams, 29 are from America while 30th is from Canada.

It is one of the most popular sporting events in Europe for quite long time. It was formed in 1929 and at present 20 teams plays the tournaments. It is the only football league to be represented in a UEFA championships league final on two different occasions. Based on UEFA’s league coefficient ranking, it has remained the strongest league in Europe over the past five years. In the 2011-12 season, it charted an average attendance of 30,275 for league matches.

Established in 2011, this Australian cricket league is fairly new one and it is highly inspired by IPL. As Cricket is not as popular as football, basketball, and baseball around the world, IPL and BBL are making a difference in inspiring more countries to join the sports. BBL has 8 teams at present and is fast climbing the popularity charts.

Japanese love baseball and this is the most popular league in their country. It was founded in 1950 and a total of 12 teams participate in the sporting event. Consisting of 2 leagues, the central leagues and the Pacific league, which both contain 6 teams each, compete amidst themselves.

At the end of the season, the winning teams in each of the leagues compete in the Japan series. It is attended by approx 28248 fans in every match. In the 2013 season of the league, the total attendance was a mind-boggling 22,047,491

Famous across the world, these leagues bring the world together on one platform where fans share common interests.