Wingboarding - The Next Extreme Sport?

Wingboarding - The Next Extreme Sport? 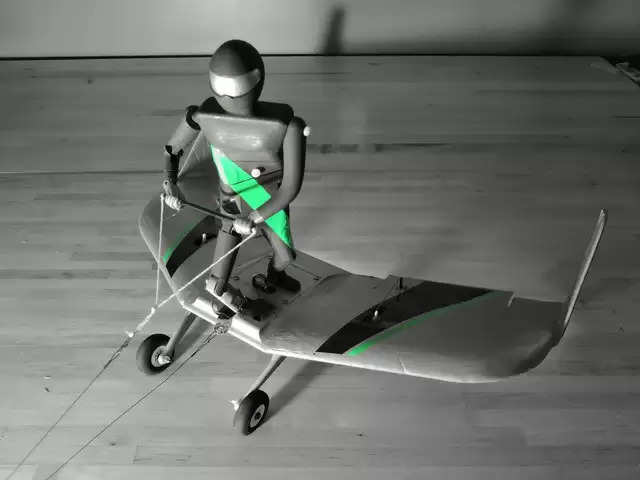 When we hear about adventurous or extreme sports, people usually think about skydiving or paragliding. But today, as every other aspect has progressed to new things, the same has happened with extreme sport.

Adventurers today are crazy about Wingboarding, a new emerging extreme sport. This particular sport has become so popular that it is believed to be the future of the extreme sport or the next crazy adventure sport.

You might confuse the term Wingboarding with wakeboarding, but both of them are two different sports. As the names sound the same, the concept of wing boarding is also quite similar to that of wakeboarding.

In wakeboarding, a rider is standing or fastened on a wakeboard and is towed behind a boat that moves at a speed of around 50km per hour.

Wingboarding is a sport based on the same concept and mechanism, but the only difference that makes it more thrilling is that it is performed in the air. Instead of a boat, the rider is dragged around through clouds by an airplane.

Certainly, Wingboarding is an extreme sport that has taken the thrill and idea of adventure sports to a whole different level.

Where has Wingboarding Come from?

The concept of Wing board can be said to have been inspired by wakeboarding, but another factor is credited for the origin of the new emerging extreme sport.

The Wingboard first appeared in a short-lived animated television series from the era of the 90s. In the show, the protagonist, who is a little orphan bear-boy named Kit Cloudkicker, goes on adventures around the sky.

Towed to an airplane called “Talespin” via a rope, Cloudkicker roams around on a board made of a crescent-shaped metal platform or airfoil.

But who brought the concept to life? An intelligent man named Aaron Wypyszynski was highly inspired by Kit Cloudkicker from his childhood and brought wing boarding to life.

With the dream to fly, Wypyszynski earned a master’s degree in aeronautical engineering. He initially took a job as a flight test engineer for a government contractor in Alabama, but the thought of Kit Cloudkicker and his wing board never left Aaron’s vision.

While working to make sure that the new equipment on planes performs the way they’re supposed to, he gained expertise in the field of aviation.

With his knowledge and inspiration from Talespin, Wypyszynski considered wing boarding objectively for the first time and thought of creating what Kit Cloudkicker had.

In 2013, Aaron put his mind to this new little project of his own. He first tried it on a piece of paper, and after playing around with it for a bit of a while, Aaron realized that a wing board could actually work. That is when he decided to take wakeboarding to the sky.

Also known to be a cross between a windsurfing sail and kiteboarding, kite Wing boarding is a lot easier to learn. It offers riders the incredible sensation and thrill of free flight by using a handheld inflatable surfing wing.

The boards are available in different sizes, and you can choose from them on the basis of your level of expertise. One of the wing board categories is 4-in-1, which can serve five purposes- Sup, Windsurfing, Windsurfing, and Wing Paddling.

If you are a beginner in this extreme sport, you should begin with entry-level paddleboards. The four-in-one boards can also be great for beginners as they provide excellent stability, glide, and speed.

The Wingboard 4-in-1 comes with built-in foot strap inserts, making it easier for the rider to find the correct foot positioning, especially during their first Wing board sessions.

Once the riders begin to progress, they can shift to wing foiling, which has taken the world of air and water extreme sports with a storm.

These are built to provide easy take-off and offer superb balance while riding. Moreover, these boards facilitate easy touchdown with fast re-launch.

With just the right equipment and techniques, one can experience the thrill of moving across or through the clouds just like Kit Cloudkicker.

Although it is a little more technical than kiting and windsurfing, it is not hard to understand and learn the techniques in wing boarding. In other words, anyone can fly with a wing board.

While indulging in extreme sports is fun to some, it may not be the same, especially for the ‘faint hearted’. One must take due precautions and evaluate the merits and demerits of extreme sporting with their medical practitioner and respective trainers, before participating in any extreme sport.

Disclaimer: The contents of this article are for general information purpose only. Readers are advised to use their own judgement and discretion to evaluate the information provided herein.