Machhapuchhre: The sacred mountain of Nepal where you cannot trek!

Machhapuchhre: The sacred mountain of Nepal where you cannot trek! 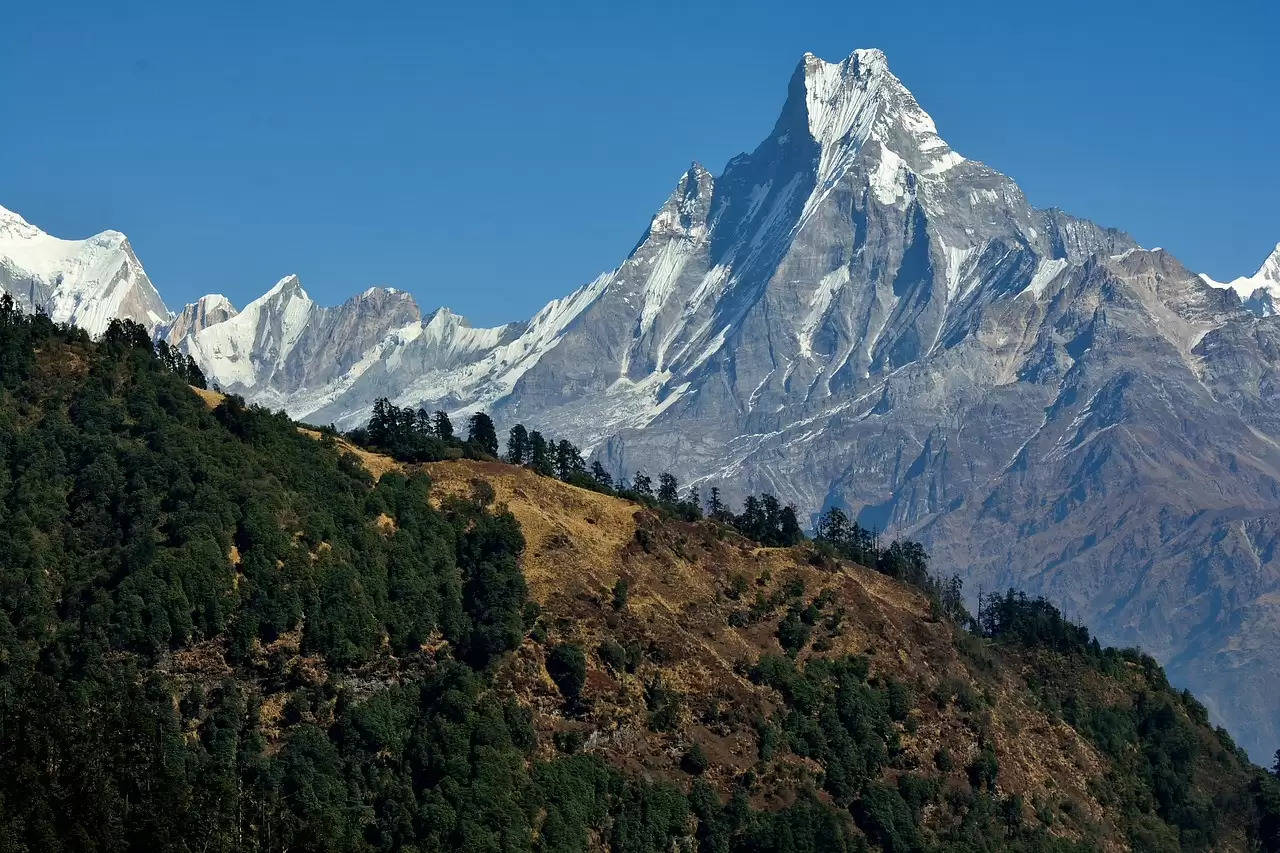 The human spirit is such that it is constantly on the move, eager to explore and scale new heights. Climbing peaks is the extraordinary feature of our species on this planet that requires neither any introduction nor further adulation.

Man has climbed unimaginably tall peaks from Everest to treacherously fatal peaks like Mt. K2, and reached the summits, despite all odds. Yet, few zeniths remain unscaled, unconquered, and lonely at the top.

In the same little mountain country where thousands attempt to scale Mt. Everest, every single year, lies Machhapuchhre, also called Machapuchare, or Machhapuchchhre. It is located amongst the compact group of the Annapurna range of mountains of Gandaki Pradesh in the north of Nepal.

It is popular as the “fish-tail” mountain because of its shape towards the peak, and has managed to remain yet unscaled by man. The reason is not that it is impossible to climb, but is nearly impossible to get a permit from the Nepalese government to climb the same. And so, the sharp peak continues to remain lonely at the top.

The isolated peak at 6,993 m, which include three of the world’s ten highest peaks in the Annapurna range, is a rare beauty to be adored only by eyes and not to be stepped upon. And the reason behind this is that it is considered as the sacred mountain that remains forbidden to be climbed.

In a country where multiple peaks have been held sacred by communities in the region, yet that has not discouraged either the government to open them for scaling or enthusiastic climbers to scale those. But the turn of fate for the ‘Fishtail Mountain’ to receive the tag of “off the limits” at the request of a foreigner, known usually to rather scale peaks in the region than for such humility, is puzzling yet quite unremarkable.

Lieutenant Colonel James Roberts, appointed as the first foreign military officer in the region back in the 50s, opened up most peaks for commercial trekking. The commercial trekking industry contributes significantly to the economy and livelihood of the Nepalese people in a way that Roberts is remembered as the “father of trekking” in Nepal. Roberts even helped popularize the term “trek” for hiking in the Himalayas.

After Machhapuchhre continued to remain a personal obsession for Roberts for over two decades, he finally planned the first official expedition to its peak. Logistical issues and bad weather led the team to abandon the ascent, meters before reaching the summit.

Following this, Roberts, a humble man of faith, who felt strongly for the local Gurungs, and remained particularly displeased at foreigners trying to scale peaks that they otherwise considered sacred, made a rather unusual request to the local Nepalese government to mark the peak as restricted. Another version of the account states that Roberts and his team had given word to the then king Mahendra of Nepal that they will return from the peak unscaled.

Similar to Mt. Kailash, the mountain widely regarded as the abode of the Hindu God Shiva, Machhapuchhre is considered as the home of Lord Shiva too. Along with the Gurungs, one of the main Gurkha tribes held it as a sacred peak. And it is worth noting that both Machhapuchhre and Mt. Kailash have remained officially unscaled by man.

The government accepted the proposal and declared the peak as illegal to climb. Ever since, the fishtail obsession for many, has forever remained unscaled and is commonly known as a sacred mountain off the limits for climbers.

The locals still hold the view that Machhapuchhre should not be opened for trekking. It seems to make sense as this lets the virgin peak remain unmanned, and thus unravaged by commercial mountaineering and excessive tourism.