Visit Lake Abbe: The Birthplace of a New Ocean

Visit Lake Abbe: The Birthplace of a New Ocean 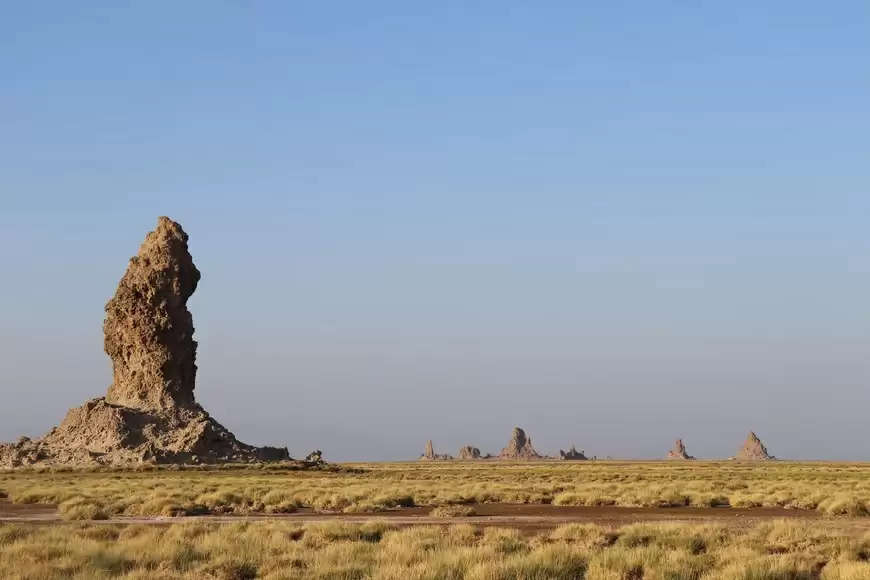 We all have a bucket list of must-visit destinations, during our lifetime. There are several natural wonders around the world that offer some of the most incredible, life-changing experiences a traveler can think of!

In this article, we will talk about one of these little-known wonders.

Lake Abbe, known as the birthplace of a new ocean, is an extraordinary water body surrounded by a beautiful arid and apocalyptic desert.

Located at the border of Ethiopia and Djibouti, Lake Abbe is a less visited place. If you want to understand nature at its best, Lake Abbe is the place for you.

Also known as Lake Abe Bhad, it is a glorious chain of six connected lakes, including lakes Gummare, Gargori, Bario, Afambo, and Laital.

Certainly, Lake Abbe has a unique scenery to offer, with beautiful flamingos in its waters. One of the reasons why the place has not been explored much is because Lake Abbe is famous as one of the most inaccessible places on Earth.

However, this outstanding location is eventually being recognized by many, especially those who are big fans of different faces of nature.

Let us take you through the features of Lake Abbe, which make it unique and a place worth visiting-

This salt-rich alkaline lake falls on the Afar Triple Junction, also known as the Afar Depression. The place holds great importance in the physiology and geography of the African continent as it is the point where the Nubian, Somali and Arabian tectonic plates meet.

Other than that, this junction point is significant because it is the home to some of the earliest known human fossils in the history of humans.

In fact, some paleontologists believe the Afar Triple Junction to be the cradle of civilization. Besides, the geologists believe that Lake Abbe will be home to a new ocean in 10 million years as the three plates are moving, but extremely slowly.

Brimmed with salt, the lake may look like a vast desert oasis, but it is covered with hundreds of chimney dots of limestone, reaching heights of about 50m. On Lake Abbe’s northwestern shore stands strong the Mount Dama Ali. It is a dormant volcano reaching the height of 1069m. The southern shores of Lake Abbe feature vast salt flats, which give a lunar landscape.

Lake Abbe is a saltwater lake, but what makes it unique is that the water of Lake Abbe is so salty that it makes the water poisonous. It is a hyper-saline lake which means the mineral salt water of the lake flows, but the outflow of water is not there.

The pure water evaporated from the lake; hence the water flow is less likely to be visible. Lake Abbe has brimmed with so much salt that this place looks like a desert of blue-green salt flats, giving this location a beautiful scenic view.

As Lake Abbe is situated in the middle of the Afar Depression, the landscape is home to the people of Djibouti. Although the place is inaccessible and inhabitable, it has provided a home to many Afar people who live semi-nomadic lives.

There are no roads, electricity, or any basic infrastructure. Visiting Lake Abbe will allow you to interact with the local nomadic residents and get to know about their local lifestyle and culture.

These people live in scattered settlements in the armadillo shell-shaped huts, which are made of palm mats.

The best part of visiting Lake Abbe is its night sky and scene. The people who have seen the place would confirm that Lake Abbe looks like a sci-fi set at night.

The silhouette of the distorted salt chimneys makes the place a perfect dystopian fantasy. Once the sun sets, the temperature goes down, and the sky is covered with a blanket of stars.

Life gets slow at Lake Abbe after the sun goes down.

Lake Abbe is best known for its beautiful sunsets and sunrise views. The sunset is often referred to as ‘sleeping soleil’ by the locals. The sunset view becomes more surreal with steam coming from hot springs while the temperature goes down at night.

The sunrise at Lake Abbe has its own beauty, which will allow you to see the salt chimney in another dimension.

The beautiful scenic location of Lake Abbe, inspired the creator of the 1968 movie, 'Planet of Apes' to film the movie on the shores of the lake, which is known to be one of the most remote places on earth.