10 famous paintings and the stories behind their creation

10 famous paintings and the stories behind their creation 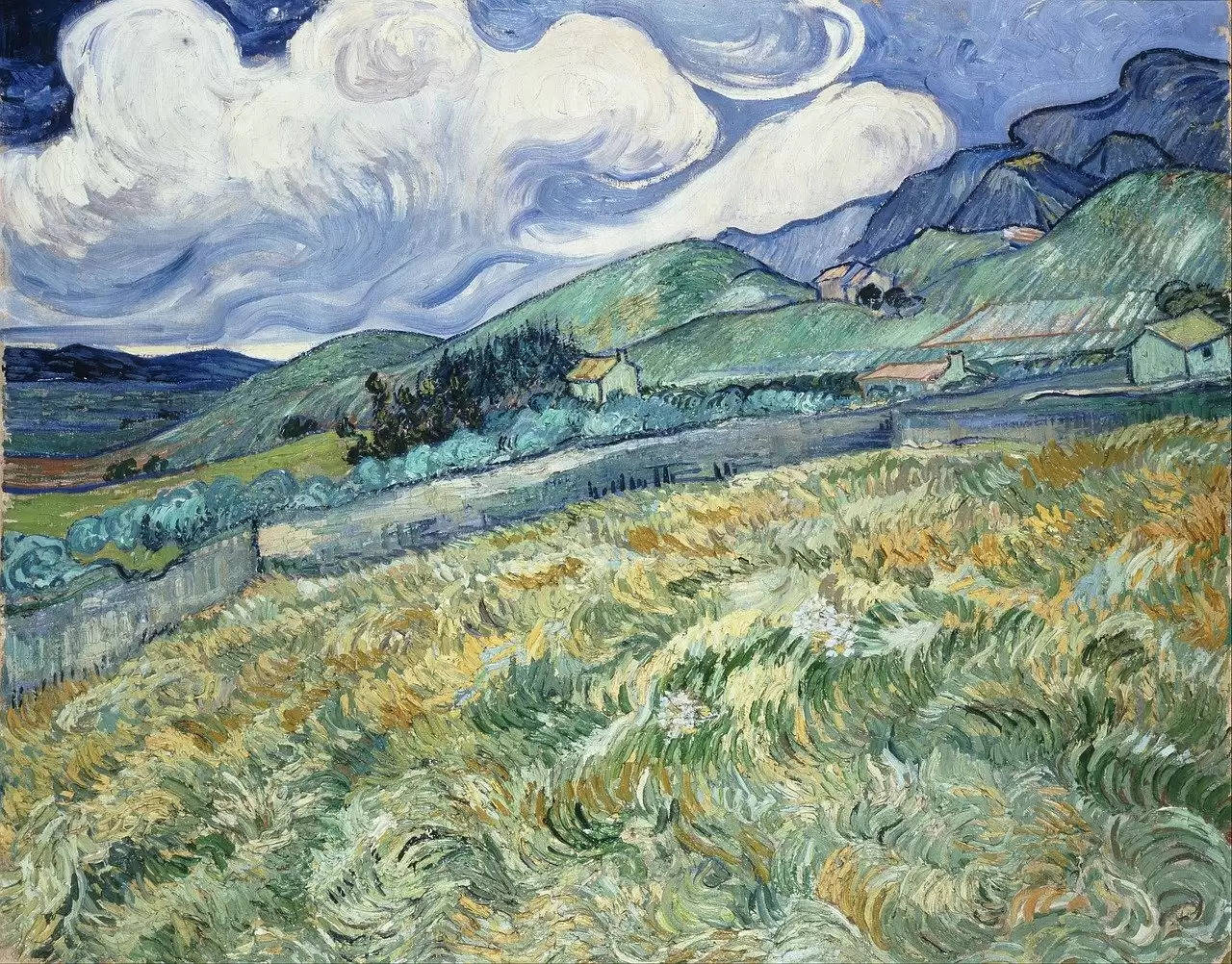 Artists and painters use their brushstrokes to spell out a story on canvas. The famous paintings which have the art aficionados as well as the general public marveling at every color stroke and light play, have sometimes very interesting stories behind them. Here is a look at a few of them.

Mona Lisa is an iconic portrait beautifully painted by the legendry artist Leonardo da Vinci. The word “painting” is almost synonymous with Mona Lisa and it is arguably the most popular and talked about work of art. This portrait of a lady with an enigmatic smile is on display at the Louvre, Paris and is a subject of huge debates regarding the identity of the subject.

Many experts believe that the beautiful lady in the picture is Lisa Gherardini, wife of Francesco del Giocondo, a wealthy man who lived close to Leonardo. It is said that this painting was especially made to celebrate the birth of the couple’s second child.

Yet there are many others who still question the identity of the subject with theories stating that it is a portrait of an assistant of Leonardo or one of his male lovers and some go as far as claiming that it is actually a self portrait of the artist.

The identity of the subject aside, the painting is also famous for its enigmatic smile that disappears based on the angle of viewing.

Leonardo who was as much a scientist in his own right as a painter is supposed to have used a technique called ‘sfumato’ which involved blending of paint pigments around the eyes and the mouth.

As per infrared and digital examinations of the painting, this blending helps in playing a trick on the human eye and the smile seems to be flickering due to the fact that when humans blink less light filters on to the retina and different colors are seen in a matter of seconds.

James Abbott McNeill Whistler is the name behind this magnificent creation. The story of conception of this painting happens to be exciting and hilarious. The painting was supposed to depict a model who did not arrive. So Anna Whistler, James’ mother came up and posed as a model. This replacement was later considered far better and fortunate because the painting won accolades and recognition by all.

An interesting fact about the painting is that James has initially planned to sketch a standing model but when his mother replaced the model, he changed the plan and gave his mother rather a comforting pose. This painting was so loved that it was referred to as Victorian Mona Lisa.

The beautiful swirls and the enchanting color palette in Van Gogh’s “The starry night” are truly fascinating and the story behind the painting is equally so.  This painting is an actual view from the asylum the painter was in.

Yes! The painter Vincent Van Gogh was in an asylum when this painting was conceptualized in the winter of 1889 where he had admitted himself after an episode of mental breakdown.

This view was experienced by Van Gogh just before sunrise which he recreated during day time in his studio as he was not allowed to paint in his bedroom of Asylum. An interesting fact about this painting is that, the bright star in this painting is Venus which Gogh thought to be the ‘morning star’.

This was later confirmed by researchers because is spring 1889, Venus was quite close to earth and visible.

Since Van Gogh could not really see the village of Saint-Remy from his window he took a creative license and painted from memory. It is unknown whether the village in the painting is the own hometown of artist or a French Town.

The Cypress trees depicted in the painting are plants that are associated with death and indicate that only death can take us to the stars. It is quite strange that the painting that took many hearts away was not quite liked by the painter himself.

There is a lot to be revealed in the Painting “The Last Supper”. This masterpiece is also done by none other than Leonardo da Vinci. While to some researchers, the hands and food indicate some melodious notes, the others believe that this painting is a riddle of mathematics and astrology.

There are twelve apostles in the painting. When Jesus announces to them that one of them is going to deceive him, they give different responses and expressions. This painting signifies the last meal that, in the Gospel accounts, Jesus had with his Apostles before his crucifixion.

There is much to “read between the lines” as we call it! Like, the dropped salt signifies the betrayal which is deliberated as a sign of ill luck. It is believed that the look of every apostle was based on a real life model and Leonardo da Vinci is believed to have personally visited the jails of Milan to find the most perfectly matched face for Judas.

This reclining nude by Francisco Goya is considered by many to be the sexiest painting of all time.

The Spanish name of the painting is Maja Desnuda which roughly translates in English to ‘the nude mistress’ The head and the body of the lady in the painting don’t quite connect and it is believed that the face was separately painted to hide the actual identity of the beautiful lady. Speculations regarding the actual identity of the subject are many.

While many believe it to be Pepita Tudo who was the mistress of Spain’s Prime Minister, Manuel de Godoy still others consider the beauty to be Maria del Pilar, the gorgeous Duchess of Alba the wife of wealthiest noble of Spain and who was supposed to be Goya’s lover.

Three Girls is a portrait made by Amrita Sher-Gil who was often considered to be the Indian ‘Frida Kahlo’. ‘Three Girls’, was painted in 1935; the first work to be painted by Sher-Gil after her return to India from Europe, in 1934.

This painting won the Europe returned Indian artist, a Gold medal. The painting depicts the helplessness of three ladies who are epitome of patience and submissiveness. It is an emotional and heart melting tale of capturing the pathos of Indian ladies who do not have a say in their own futures. The silent expressions, body language and the color palette used indicate the melancholy.

It has now come to light that the muses for this much-celebrated painting were grand-daughters of Sunder Singh Majithia, the younger brother of Amrita’s father Umrao Singh Sher-Gil Majithia The ‘Three Girls’ were sisters named as Beant Kaur, Narwair Kaur and Gurbhajan Kaur.

This painting was brought to life when the artist was visiting her grandparents’ home for a holiday, where the three sisters had come to meet her.

Shergill was very fascinated by the innocent charm these girls exuded and thus she decided to paint them. What is interesting about this acclaimed piece of art is that this painting was part of a set of paintings which were sent to Nawab Salar Jang of Hyderabad but the entire batch was rejected by him.

The artist behind this painting was the Dutch painter Jan van Eyck who is considered to be the pioneer of oil painting, a technique he used in this painting too to capture miniscule details.

This masterpiece of his depicting a couple is also marked by an elaborate Latin signature which says, “Jan van Eyck was here 1434” The mirror on the back wall in the painting depicts the entire scene and also two additional figures.

The smaller medallions depicted in the mirror showcase scenes from the Passion of Christ. One of the figures in the mirror is presumed to be the painter himself. There is wide debate amongst experts with some believing the painting depicts a marriage scene and others saying it is a commemoration of a couple’s marriage painted in memory of the deceased wife.

The lady is shown with a visible bulge but the consensus is that the lady was not pregnant and rather this was suggestive of fruitfulness in the marriage rather than actual pregnancy since the actual lady in question had died childless.

The scream is one of the most expensive paintings. The story behind this art makes the pictorial representation even more powerful. The inspiration came to the artist when he was passing by the street. As the story goes one evening the artist Edward Munch was walking by the streets.

He was quite tired. He noticed that in the sunset the clouds were looking gory and red. That is exactly when he, anxious and exhausted felt that nature itself was screaming. He drew that entire incident on the canvass as it is.

In this painting, the clouds are painted in blood red color exactly what he experienced that evening. However, to some, the bloody red color of the painting also seems to have inspired from the volcanic eruption of Krakatoa during 1883-84.

This painting also depicts the disorder, mental suffering to some. The popularity of “The Scream” is evident from the fact that this painting was stolen twice but was later recovered.

Portrait of Dr. Gachet is one of Vincent van Gogh’s most recognizable works. It is the last major portrait that Van Gogh painted in the year 1890, before committing suicide. The painting depicts Dr. Paul Gachet, who took care of Van Gogh, during the final months of his life.

The exact reason is not known but it is said that in a letter to his brother he had mentioned about his tumultuous relationship with his doctor. In fact in one of the earlier letters he went as far as saying  “First of all, he is sicker than I am, I think, or shall we say just as much”

The plant depicted in the painting is the foxglove from which the drug digitalis is derived. Some experts consider this to be pointing to Gachet’s profession as a doctor or an indication that Van Gogh himself was being treated with digitalis.

The Persistence of Memory

This painting made by Spanish painter Salvador Dali is the most famous art work of his. Around the time this painting was conceived, the artist was in the habit of entering a self induced state of psychotic hallucinations and painting what came before him.

While many believed that the melting watches signify Einstein’s Theory of Relativity symbolizing the close relation between time and space, the artist himself declared that his inspiration was a piece of cheese that had melted in the sun.

This painting just like most of his other work is deeply personal. The hills depicted in the background are Cape Creus hills from his native town of Catalonia.

During this phase in his life the artist was deeply influenced by Freud and the unshapely form in the foreground with long eyelashes, painted in a passive form and neutral colors is a representation of the artist himself in his dream state. The melting clocks depict that in this state the time loses its meaning.